For a relatively small island, Ireland has seen had an unusually severe history of ecological demise.

Human interference with our native forests, mostly for agricultural purposes, has reduced overall native forest cover from 95% to 1%. This places Ireland second last in the EU for forest cover, losing out on this infamous accolade only to Malta, an island consisting of sedimentary rock.

Agriculture has realised a great deal of economic advantage for Ireland and, owing to this, it is not realistic to assume that Ireland’s hardworking farmers would be willing to cease their profitable agricultural operations and begin planting native trees. But this does not mean that agriculture and native forests cannot exist in harmony.

The key to rejuvenating our native forests is our community. We decide whether Ireland becomes an inspirational case for reforestation or remains a small island with an insatiable appetite for ecological destruction. By collectively planting trees on privately-held land, the Irish community can help to recover our native forests.

Why is it so important to rejuvenate our native forests?

There are a number of reasons why it is in our interest as part of a national and global community to increase the number of native trees on our island.

However, due to human activity such as deforestation, this required balance has been shifted disproportionately towards an increase in carbon dioxide levels with a rate of absorption that simply cannot keep up.

What is so bad about increased carbon dioxide in the atmosphere?

How can native forests help?

Native forests are more effective in delivering this desired goal than non-native forests.

Someone who travels across Ireland might say that they saw plenty of coniferous forests on their journey. These monoculture forests of non-native species are planted for commercial logging, the most common being Sitka spruce. The carbon storage within these forests will always be significantly lower than that within natural forests.

The planting of native trees is vital for the restoration of our once-abundant forests and we, the people, are the answer. 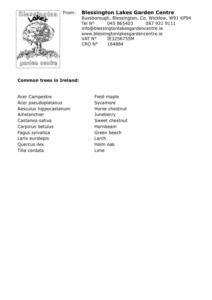 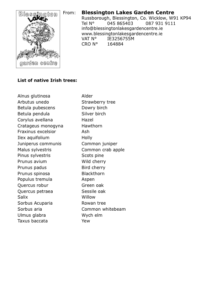 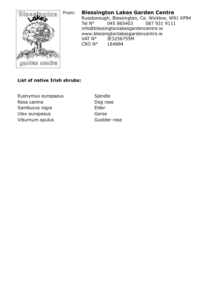